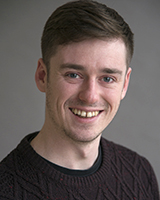 It wasn’t long ago that we first traded hunting for a more sedentary life – harnessing the grasses of the Fertile Crescent. Yet, over the last 12,000 years, though we have mastered the art of producing abundant yields, the time has come to rejuvenate our most staple of crops.

Since humans first discovered that some wheat plants, rather than shedding their seed upon ripening, instead kept their grains attached, we’ve developed a food system that has contributed to a population explosion of over seven billion people worldwide.

Across the world, our fields are filled with monocultures of a plant that, although abundant in yields, can barely withstand the faintest sniff of infection. In an increasingly changing climate and with a lack of natural genetic diversity, our wheat crops are under attack from a plethora of pests and diseases, including wheat yellow rust, which in severe situations, can affect yields up to 100%.

Wheat makes up 20% of consumed global calories. Considering that increases in yield between now and 2050 are projected to be half of what they were between 1961 and 2007 (PDF), and amidst swathes of biological and climatic threats to agriculture, we need to reconsider our approach in order to stem the rot.

The wheat we consume today has been drastically altered through thousands of years of selective breeding from its wild ancestors such as Emmer and Einkorn. While shuffling the genetic pack of a plant with one of the most complex genomes imaginable, we have lost swathes of genetic material. We have essentially been playing blind with wheat’s DNA to choose traits beneficial to us, without regard for the information we have concurrently lost.

This is where next generation genome sequencing comes in. Now, we have the tools to select what traits we want, while avoiding carry-through of unwanted effects, or losing information vital to improving the survival of our crops.

Not that that’s easy with wheat. With a genome five times larger than the human genome and full of repeated pieces of (probably) genetic nonsense, sequencing and assembling the DNA of this plant is like putting together a jigsaw puzzle in which one fifth of the pieces are identical and scattered throughout the picture.

Notwithstanding this, the Earlham Institute’s National Capability in Genomics, tied to a unique high-performance computing capacity and an army of talented bioinformaticians, has led the research project to provide the most complete and accurate wheat genome sequence to date.

A major UK-based effort, we now have around 17 billion letters of wheat’s genetic code that covers over 90% of the plant’s genome.

The importance of this coordinated global effort cannot be understated. Not only can we sequence and assemble a wheat genome, we can then go on to find the protein-coding regions (annotation) and discover the genes and regulatory regions that make a wheat plant tick.

Similarly, we can probe the genomes of wild ancestors of wheat, which host valuable information that has been lost in our modern, overly-inbred varieties. Similar work has been applied to other crops, including potatoes, for which sequencing at EI enabled us to identify resistance to potato blight in a wild potato relative.

By sequencing hundreds of wild relatives of wheat, we can locate the genes that provide resistance to such pestilent threats as wheat yellow rust. These we can in-turn reintroduce to our modern varieties so that – in the future – our fields are more resistant to emergent pathogens going forwards.

Similarly, by understanding the process of domestication, and how we have come to lose the genetic variation necessary to keep our crop plants resistant to a suite of diseases, we can better inform new  breeding programmes for all of our vital cereal crop species and help to feed the world in a more intelligent and sustainable way.

Peter Bickerton is Public Engagement and Society Officer at
The Earlham Institute, a world-class research institute for the study of genomics and bioinformatics. He holds a PhD in Plant Sciences from the University of Manchester and is an ambassador for international organisations including Thought for Food and One Young World.