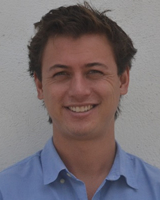 Is there more that can be done with so-called ‘invasive’ species?

The introduction of ‘alien’ or ‘non-native’ species varies greatly around the world and through history. From stowaway rodents on cargo ships rodents, seeds or pollen clung to clothing or deliberately introduced as with Japanese knotweed, to pets released to unexpectedly thrive in the wild like lionfish, they are usually considered pests or weeds in their new homes.

The often devastating ecological and economic consequences – think cane toad in Australia – resulting from invasive species, not to mention the pathogens they carry, lead to eradication programmes including the widespread spraying of herbicides to eliminate invasive plants to redneck fishing tournaments to exterminate invasive species.

But why not cultivate them, farm them, eat them and sell them?

Many invasive species are nutritionally rich and can be used to improve local incomes and food security. However, owing to a lack of information local populations are often averse to consuming invasive species, so we must first bridge disparate cultures to promote the use of unwanted species.

For example, the kudzu plant native to Japan is loathed in the US for its creeping takeover of agricultural land. It was deliberately introduced in the southeast of America in the 1930s and 40s after the ‘dust bowl’ to reduce soil erosion – farmers were even paid $8 per acre planted. Many still hate it, but this prejudice ignores the fact that the plant contains compounds with anti-inflammatory properties. And the roots are also used in a variety of dishes and sauces in Asian cuisine.

In southern Mexico, the arrival of the plecostomus freshwater catfish, beloved for its prowess consuming algae in aquariums, has decimated local fisheries and confounded local populations after spreading from its original habitat.

Due to its incidental consumption of native fish eggs, high rate of reproduction and resilience, the plecostomus or ‘devil fish’ as colloquially known, has caused significant drops in fish captures, with the plecostomus accounting for as much as 90% of catches (PDF).

Because of its bizarre and unappealing appearance, as well as its role in diminishing native fish stocks, many residents believe the plecostomus to be useless or even poisonous, a misconception that we at the Universidad Juárez Autónoma de Tabasco (UJAT) seek to transform to an opportunity.

This ‘devil’ actually is packed with lean protein, omega-3 fatty acids, a wealth of valuable micronutrients, and is commonly consumed in its native Brazil. Through a series of presentations and workshops, we have worked over the past year to teach local communities about the plecostomus, including its origin, nutritional benefits and cooking methods.

Additionally, to spur demand and create a new income stream for rural fishermen hit hard by the plecostomus invasion, we have launched an initiative based on the marketing strategy behind the rise of the Chilean Sea Bass. By changing the name from devil fish to Acarí (its name in Brazil) and by selling only the fillets, we have begun to work with local chefs to promote the plecostomus as a tasty, nutritional alternative to ‘local’ fish like tilapia (which is native to the Nile river!) and carp.

We train rural fishing cooperatives how to fillet and package the fish and manage the distribution, providing a steady alternative for fishermen that have seen native species all but disappear.

Since we began selling fillets in October, we’ve encountered numerous bumps along the way, ranging from sceptical diners to price negotiations with fishermen to failed deliveries caused by fickle mobile phone service in rural areas.

We currently average approximately 30 kilograms sold per week and hope to expand sales through increased promotion, tasting events and new restaurant partnerships in 2016.

We’ll never be able to eliminate the plecostomus from local waters, but by creating a market we’ll support artisanal fishing communities and turn a plague into a blessing.

There must be many other places where non-native species can be turned from an enemy of local food growers to a marketable commodity.

Jellyfish populations, which have expanded at an alarming rate due to a vicious combination of overfishing and climate change, are often viewed as inedible by-catch in the West. However, there are numerous websites devoted to edible jellyfish!

Mike Mitchell attended the Wharton School at the University of Pennsylvania where he concentrated in Marketing and Environmental Policy & Management. He was a Fulbright grantee in Tabasco, Mexico where he analyzed the socio-economic impact of rural small-scale aquaculture. He is currently a researcher with the Universidad Juárez Autónoma de Tabasco working with rural fishing communities.

Root-to-stalk: an old practice to meet a modern challenge

In this month’s guest blog, Hélèna Dove (Kew) explores how we can improve the sustainability of our feasting by getting the most out of our fruits and vegetables.

Winners of the 2019 Policy Lab on emerging food trends announced

The winning team of this year’s Global Food Security Policy Lab on emerging food trends will be awarded £5000 to write a report on “Are we ready for a plant-based diet?”, which will be published in 2020.

A call to action and major opportunity for the UK to show leadership in this area: "Given the urgency of the challenges, nothing short of transforming the UK food system for healthy people and a healthy environment will suffice." @NatureFoodJnl @food_strategy @HenryDimbleby twitter.com/RiazGFS/status…

The holidays may be over, but our latest guest blog by @kewgardens' Helen Dove on eating root-to-stalk is still in season! Read it here for excellent tips on getting the max out of your winter vegetables: bit.ly/2RgHS5K 🥕

One of a series of case studies from the cross-UKRI & Govt @ZELSprogramme showcasing the programmes impact on controlling zoonotic diseases and improving livestock & human health in developing countries twitter.com/ZELSprogramme/…

Calling all UKRI council-funded ECRs! Does your research have implications for #foodsecurity? Are you ready to engage creatively with your research to drive #foodsystem change? Applications now OPEN for our research #storytelling competition #SpeakUpFFS! bit.ly/2sG5gkg pic.twitter.com/Cr0vr75Xvk