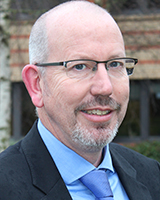 Food insecurity remained at the front of mind in 2015 for three reasons.

Firstly, in Europe, we have had the refugee crisis and the horrific events in Paris in November. Part of the reason for the destabilisation of the Middle East was the interaction between food and climate. The 2007-10 Syrian drought undermined rural livelihoods and helped create disaffected urban populations and the 2010 East European heat wave drove up food prices and helped spark the Arab Spring. Food insecurity is more than people simply being hungry.

Secondly, the launch of the UN Sustainable Development Goals in September provided an opportunity to reflect, and for the world to act, on the issues facing the global poor.

The top level aims are:

The first aim is about abolishing food insecurity, but the second aim is key because it highlights the need for sustainability in both production and consumption. Without tackling both production and supply we have little hope of reaching the ambitious emissions targets set at the Conference of the Parties in Paris (COP21).

The issue of climate change highlights an important thread of our own work in 2015 about the risks of changing patterns of extreme weather on the resilience of the food system (PDF).

Fluctuating levels of production can be highly detrimental in the short term because a major food shock, created by bad weather across the globe for example, could drive up prices on a global level.

Such food price spikes can both be devastating for the poor (globally and locally) and destabilise fragile economies. It is therefore important to build resilience – perhaps more important than simply increasing production – in the global and local food systems.

It was a therefore a highlight in 2015 for the programme to launch our major resilience programme. In addition, our work programme delivered in many dimensions, and you can read a blog post from Head of GFS, Riaz Bhunnoo, that neatly summarises progress made so far.

About 20 million people visited the Expo, but whilst this is itself an impressive number, the event was a hook on which to hang a range of meetings and events, and to catalyse discussions and policy thinking.

I was part of the EU’s science steering committee for the Expo and we produced two major reports (now edited and published as one (PDF)). The first illustrated the breadth of the challenges posed by the food system, and how research was needed on production, sustainability, developing healthier diets, managing waste, food safety, trade and equality. In particular, the report highlighted that a sustainable food system required action on the demand side of the equation as well as the production side.

The second report brought together some conclusions arising from the six months’ of discussions around the Expo theme. From these came four recommendations, presented at a meeting including many members of the Parliament, several Commissioners, and which was also addressed by Ban Ki Moon. These recommendations, which apply more widely than being just for the EU, I hope will spur more work from 2016:

For me – and many others – it is increasingly clear that the important grand challenges of food and nutrition security, as well as water and energy security, can only be met if, as the SDGs’ aim says, we tackle sustainable consumption and production, sustainably managing (the world’s) natural resources and taking urgent action on climate change.

The speed with the climate is changing, and the fact that about a third of humanity’s greenhouse gases are associated with producing food, means we need to think about changing our demand for energy-intensive food for the sake of the planet as well as for our health’s benefit.

How we change the food system for the better is the elephant in the room. Until we find a way, as a society, to value food, value our planet, and value ourselves better, business as usual will continue and the costs will grow.

We can make the future better for us all, and each has a small role to play. As a New Year’s resolution in our food choices, “first, do no harm” – to ourselves, our planet and other people – is a good place to start.

Tim Benton is GFS Champion and an interdisciplinary researcher working on issues around agriculture-environment interactions. Formerly, he was Research Dean in the Faculty of Biological Sciences, University of Leeds, and Chair of the Africa College Partnership, an interdisciplinary virtual research institute concerned with sustainable agriculture in sub-Saharan Africa. He has worked on the links between farming and biodiversity (and ecosystem services) for many years.