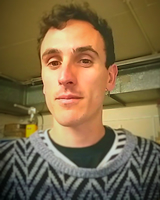 Agriculture is probably the single most damaging human activity for the planet. Natural resources are already stretched, and to feed the future growing population and meet the demographic shifts in diet, extreme environmental damage will occur.

The optimum direction would be for the global population to shift to a more plant-based diet. The trajectory however is for 70% increase in fish and meat consumption by 2050. But around 70% of agricultural land and 70% of fresh water use is already designated to produce feed for animals, and a recent report from The Economist has highlighted nearly 100% of fish stocks are now under pressure, to varying degrees of severity.

It’s therefore essential that we better manage the way we feed our livestock animals and farmed fish (as well as reduce our demand for meat and dairy products).

How we feed protein to our farm animals

Wild caught pelagic fish and intensively farmed soya are the major components used globally in feed formulae for aquaculture and livestock. According to the FAO, protein from these sources makes up 60-70% of the price of animal feed.

The protein feed industry is truly globalised, and as such is subjected to any common global market shocks and fluctuations. Fishmeal for example is massively dependent on Pacific-caught fish – with Chile and Peru accounting for about 40% of global production. This seasonal catch is heavy disrupted by major global changes in weather patterns, particularly El Niño. More worryingly, the dependence on wild fisheries will not meet the projected future demand.

When we’re not feeding our animals protein from fish its terrestrial production such as soybean meal. In Argentina and Brazil, South America hosts two of the four largest producers, and the two largest exporters. Brazil’s vast reserves of farmland could permit a continued significant expansion in soybean area.

However, its intensive cultivation leads to environmental degradation, and the sustainability of this production – much of it GM soybean – remains widely debated. Moreover, increasing yield alone only represents a short-term solution.

What we want to feed aquaculture and livestock

Alternative sources of food, particularly protein, are seriously needed. And this is where the insects come in.

My start-up company Entocycle has spent the past 18 months developing the techniques and technology to mass rear Hermetia illucens (more commonly known as black solider fly) for this purpose.

Black solider flies are nature’s apex composters – converting waste food from farms, factories and supermarkets into fertliser and insect biomass in as little as six days. The larvae can then be processed into organic feed for livestock and aquaculture. Unlike many other insects of interests, black solider flies are non-disease vectors, non-pests species, and thrive in incredibly high densities.

What’s holding us back?

However, the successful application of using this technology has been hampered by the difficulty in rearing this species on a large scale at a cost competitive price.

So our primary focus until now has been on developing breeding technologies. With this goal in sight, the next step is the development of the UK’s first automated ‘pilot facility’. We need collaborators to do this, and are developing ties with a specialist partner in Brazil ‘BUG’, and are working with several UK universities and research institutes.

There is a plethora of UK-based businesses and educational resources looking to grow in this area, and the UK is potentially well placed to be leaders in this rapidly growing industry. (See this GFS report (PDF) for more.)

But there are several well defined technical hurdles. The most significant being current EU regulations. Even though free-range animals naturally eat many insects, when produced specifically as feed they are considered Processed Animal Protein (PAPs). As such, they are currently not allowed in commercial feed.

Although there is a roadmap and other insect start-ups pushing for their use, I fear we might ‘miss the boat’. Instead of developing and potentially exporting the technology, we could end up importing both the insect protein and the technology.

We need support and development here in the UK, because the use of these technologies is not if, but when!

Keiran Whitaker’s educational background is in urban development and environmental design. Prior to starting Entocycle, he worked as a scuba diving instructor, seeing first-hand the damage our global food chains and lifestyles have on the planet. After being involved in various conservation projects, he began to see insects, along with other technologies that mimic nature, as solutions to solve many of our problems.