What technologies could sustainably replace pesticides, without compromising on yield or quality? The Global Food Security (GFS) programme’s David O’Gorman reviews a recent GFS workshop on the topic. 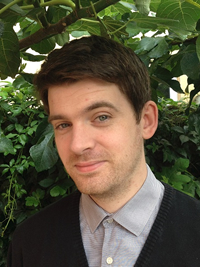 What would happen if we could no longer use pesticides? Well, there would be significant yield losses, food price increases, greater food insecurity and potentially political unrest and instability. There may well be reduced ecological impacts, but with loss of yield would come expansion of agricultural land, with release of GHGs and loss of biodiversity.

We are heavily reliant on pesticides to maximise crop yields and put food on our tables. Even with the use of pesticides, a third of food (PDF) produced for human consumption is lost or wasted – what might the figure be with a dramatic increase in pre-harvest losses following reduced pesticide use?

To explore this further through the windows of research and policy, the Global Food Security (GFS) programme held a workshop on 23 May 2016 in London. It brought together academics, policymakers, industry and other stakeholders to discuss the possibility of a ‘post-pesticide’ world, and to examine the future priorities for research in this area.

Worldwide, more than 70,000 different pest species damage agricultural crops. To alleviate this, almost 18,000 tonnes of pesticides were used in the UK in 2014. But many pests are becoming resistant to pesticides, and there is increasing regulation in this area. There are also consumer concerns around contaminants in food from pesticides.

One of the challenges with replacing pesticides is that they really do work. In developing countries, for example, pesticide use in Kenya means a four-fold income increase (PDF) for small-scale passion fruit farmers and extra income for avocado farmers. An overlooked benefit of pesticides is that growers can rely on them as and when they are needed, providing (almost) instant success when applied, making them a desirable ally in the fight against pests, weeds and disease.

However, the consequences of pesticide use have become more apparent since the introduction of modern compounds, such as DDT accumulating in the environment, followed by the organophosphates (derived from WW2 nerve agents), the pyrethroids (derived from chrysanthemums) and now the neonicotinoids, which have been associated with declines in bee populations and are currently subject to a Europe-wide moratorium.

There is also polarised opinion over glyphosate, a commonly used herbicide, and its effect on pollinators and the emergence of herbicide resistance.

EU Directive (91/414) was brought into force to curb negative effects of pesticides by implementing maximum acceptable concentrations for compounds in specific environments, and put limitations on pesticide application routines and techniques. Research continues to identify new classes of active chemical compounds, however pesticides are amongst the most heavily regulated products in Europe and it currently takes about ten years, costing industry more than £150M, to bring an active ingredient to market. Hence the drive for innovative ideas and technologies to ensure that yields can be maintained at lower environmental costs.

A strong theme at the workshop was integrated pest management (IPM) strategies for pest control, which comprises several different practices to manage pest populations to a level where they do not cause economic damage. This strategy uses natural enemies of pests, trap-cropping and biopesticides. Biopesticides include microbial (bacteria, fungi and viruses), macrobial, biochemical, semiochemical and natural products.

There are, however, issues around the complexity of IPM, and the scalability of biopesticides, from greenhouses and controlled environments, to their usage in fields and large-scale agricultural practice. In large-scale operations, biologicals and IPM are not as reliable as their chemical counterparts, and further engagement is needed with farmers and growers reap the maximum potential benefits.

In addition, IPM does not lend itself well to commercialisation in terms of intellectual property (IP) – how do you patent a methodology such as push-pull agriculture? – so there is less incentive for crop protection companies to invest in this technology. Consequently, IPM strategies are not widespread, especially when coupled with the time and resource needed to implement these.

There’s no other way

Workshop attendees agreed that a whole system perspective is needed. This is because alternatives to pesticides can have unintended consequences. For example, other methods of weed control, such as ploughing, reduce the soil’s ability to store carbon, increasing emissions and depleting the biodiversity of micro-organisms in the soil.

Recent advances in genome engineering could offer game-changing potential for agriculture; however public perceptions vary around the use of new technologies. CRISPR is a gene editing tool that has the potential to edit genomes with unprecedented precision, in an efficient and flexible way. Commercial cultivation of virus-resistance papaya and field testing of virus-resistant plum for example, have shown that CRISPR, and other RNAi technologies can deliver effective resistance.

But although the science is unquestionably brilliant, increased public confidence in novel technologies will be needed for wider uptake. And many at the workshop thought that the potential for agri-engineering solutions is (almost) limitless, and could drastically reduce the demand for pesticides.

The National Centre for Precision Farming at Harper Adams University is developing laser weeders, which can accurately detect and kill weeds using robotics. There are also smartphone-enabled apps for pest and disease management such as CropProtect that amalgamates data collection, technology and knowledge exchange for more efficient farm management. (For more see this video feature from GFS partners BBSRC about the Farms of the Future, as well as the GFS blog Game-changing technologies in agriculture.)

Whilst the likelihood of a post-pesticide world in the next few years is unlikely, there are some emerging technologies, such as drones, and existing methods that could be improved, like biological control.

Workshop attendees agreed that more research will be needed around productivity and scalability, as well as greater engagement with farmers and the general public. There was also agreement that a systems-based, multidisciplinary approach is fundamental in understanding the interconnected risks to the agri-food system, and is necessary to move us towards a reduction in pesticide use. So, although a pesticide-free world may seem far-fetched, research and innovation around alternative strategies could make this a reality.

David O’Gorman studied Natural Sciences at the Open University, and previously worked for the mathematical sciences theme in the Engineering and Physical Sciences Research Council. He is currently Strategy and Policy Officer for the Global Food Security programme.

9 thoughts on “How would we cope with a post-pesticide world?”